This site is currently inactive.
The owner of this site has chosen to deactivate this section and use it for demo purposes only. Links and other features on this site are currently unavailable.

Moles, voles and gophers: How burrowing wildlife can damage your lawn and garden 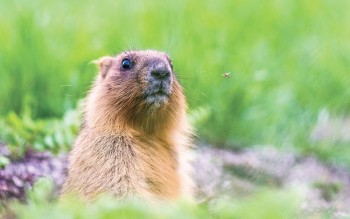 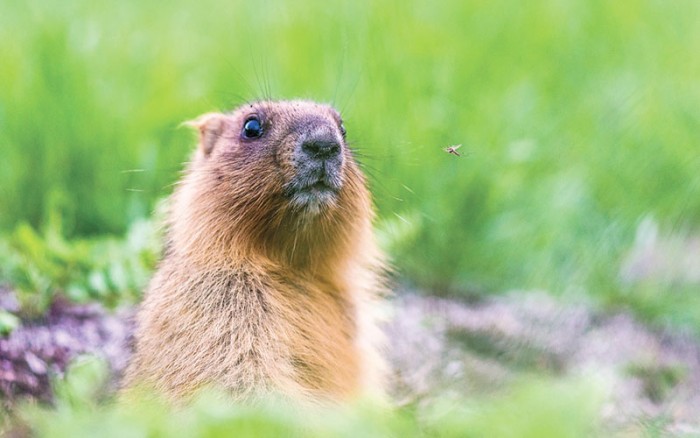 Soft, spongy lawns may be indicative of various problems underfoot that occur relatively sight unseen. Barring a septic system backup or considerable flooding, insects or animals may be to blame.

In many areas, burrowing wildlife can wreak havoc on landscapes. Identifying which critter is causing the damage helps homeowners develop the most effective solutions to issues involving wildlife.

Moles will spend much of their lives underground, rarely coming up to the surface. They spend their days digging long tunnels from their dens in search of grubs, earthworms and tuber plants all year long. Moles can be gray, black, brown, or gold and will be between six and eight inches in length. Their wide front feet are designed for excavating, and moles have very small eyes and angular snouts.

Many times moles are to blame for zig-zagging lines across a yard. Channels are typically dug between five to eight inches below the surface of the soil, according to the home and garden resource site Hunker. The tunnels are only about 1.5 inches in diameter and one may see small molehills of excavated soil in areas around the yard. Mole tunnels can be followed through the yard thanks to the appearance of elevated ridges on the surface of the soil.

Even though their name is similar, voles look nothing like moles. They are also known by the name meadow mice and look more like mice than they do moles or gophers. Voles are small as well and primarily feed on foliage and plant roots. It can take a trained eye to differentiate between holes created by moles and voles, but foliage eaten around an entry or exit hole suggests the presence of voles. Unlike moles, voles don't create soil masses on the surfaces of landscapes, which can make recognizing infestations more difficult.

Groundhogs, gophers and prairie dogs also are burrowing rodents. These rodents are larger than moles and voles. Groundhogs, also known as woodchucks, are the largest of the group, followed by prairie dogs and gophers.

Prairie dogs tend to be more social than groundhogs and gophers and may be seen congregating together. Gophers tend to stay below ground and will pull food into their burrows, says the Florida-based A Wildlife Whisperer. Groundhogs often stretch their subterranean tunnels to dens, which they may like to set up under backyard sheds or other protected areas. Groundhogs' size and desire to forage and eat their fill above-ground often make them easy to spot.

Once the animal doing the burrowing has been identified, homeowners can begin removing food sources and altering conditions to make their yards less critter-friendly. In the instance of moles, using a grub-killer can diminish their numbers. Wire mesh fences buried underground can deter digging into garden beds. Homeowners who are vigilant about disrupting burrows and tunnels may encourage rodents to relocate.

If burrowing wildlife prove problematic, homeowners can work with professional exterminators to assess the situation.